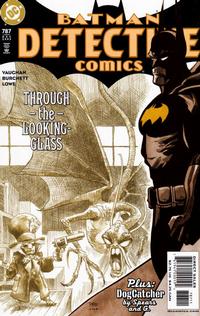 Appearing in "Mimsy Were the Borogoves"Edit

Synopsis for "Mimsy Were the Borogoves"Edit

Synopsis for "The Dogcatcher: Part III"Edit

Detective Harvey Bullock admits himself to not understanding the last one.

Retrieved from "https://heykidscomics.fandom.com/wiki/Detective_Comics_Vol_1_787?oldid=1712993"
Community content is available under CC-BY-SA unless otherwise noted.