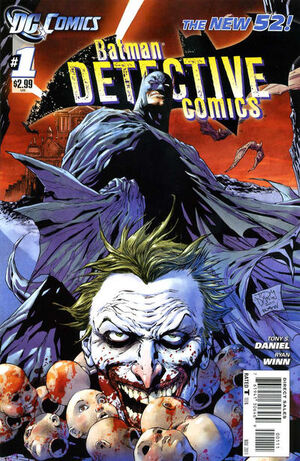 DC’s flagship title is relaunched for the first time ever, with new Batman adventures from acclaimed writer/artist Tony S. Daniel!
A killer called The Gotham Ripper is on the loose on Batman’s home turf – leading The Dark Knight on a deadly game of cat and mouse.

Retrieved from "https://heykidscomics.fandom.com/wiki/Detective_Comics_Vol_2_1?oldid=1660362"
Community content is available under CC-BY-SA unless otherwise noted.