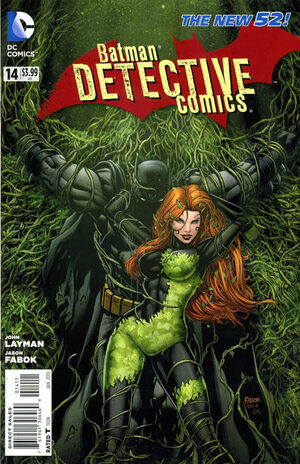 Poison Ivy breaks into Arkham Asylum hoping to find someone strong, stupid, obedient, and malleable to act as her backup since the Birds of Prey are no longer interested in helping with her agenda. As such, she has chosen Clayface. In order to convince him, she uses her toxins to influence him into marrying her.

Retrieved from "https://heykidscomics.fandom.com/wiki/Detective_Comics_Vol_2_14?oldid=1660376"
Community content is available under CC-BY-SA unless otherwise noted.