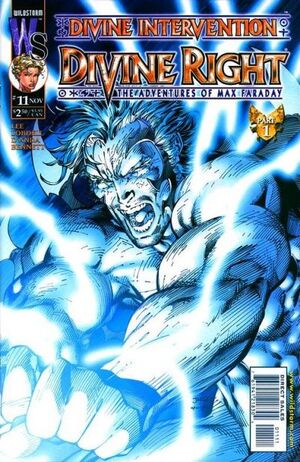 And for the record, the first one that yells "Go Wildcats!" gets a boot up the butt!

Void sees a future where Max Faraday has used his power to destroy the universe. Lord Emp brings her back and discusses the situation with the Wildcats.

Meanwhile, Max, Devan, Susanna, and Jenny are on a road trip. They stop at a gas station and Susanna calls Lynch who is standing by with Blaze, Faust, and a team from I.O. Susanna finally shows Max what's been bothering her. She drives the jeep off a cliff with the four of them in it. Max uses his powers which proves to everyone that he still has them even though everyone thought he had lost them.

They all realize Max has been lying to them but Max has no apologizes to offer as he justifies it by saying it was for the good of the world. Max says he was only trying to make everyone's life perfect, but Jenny tells him this is not the way to do it. Dev and Jenny realize it was Max who made them fall in love. Max gets angry and tells them all to go back to their pathetic lives. But Susanna tells Max she doesn't have to because of the portion of the Creation Equation she still has.

Just then, all of I.O.'s forces attack. I.O. unleashes wave after wave attacks on Max but nothing phases him. Lord Emp and the Wildcats show up to help.

Retrieved from "https://heykidscomics.fandom.com/wiki/Divine_Right_Vol_1_11?oldid=1425017"
Community content is available under CC-BY-SA unless otherwise noted.