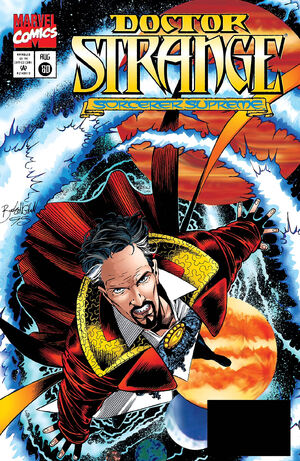 Doc returns 4 months later from several thousand years of fighting for and studying in the libraries of the Vishanti to replace his exhausted Gaian Aura with the Syzygy, and gets ANOTHER totally new look.

Retrieved from "https://heykidscomics.fandom.com/wiki/Doctor_Strange,_Sorcerer_Supreme_Vol_1_80?oldid=1690069"
Community content is available under CC-BY-SA unless otherwise noted.