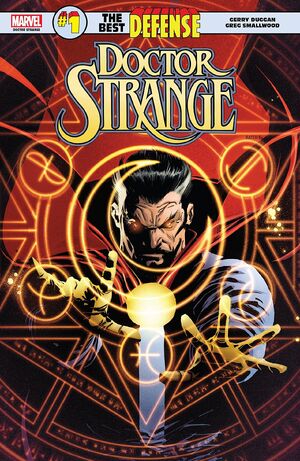 If I can succeed in warning the Defenders to change course -- then Dormammu's reign on Earth will never happen.

• In a desolate, barren landscape, the Master of the Mystic Arts fights what may well prove to be his final battle—alone, unaided, friendless…

• Except…what’s in that bag that Stephen Strange is carrying with him?