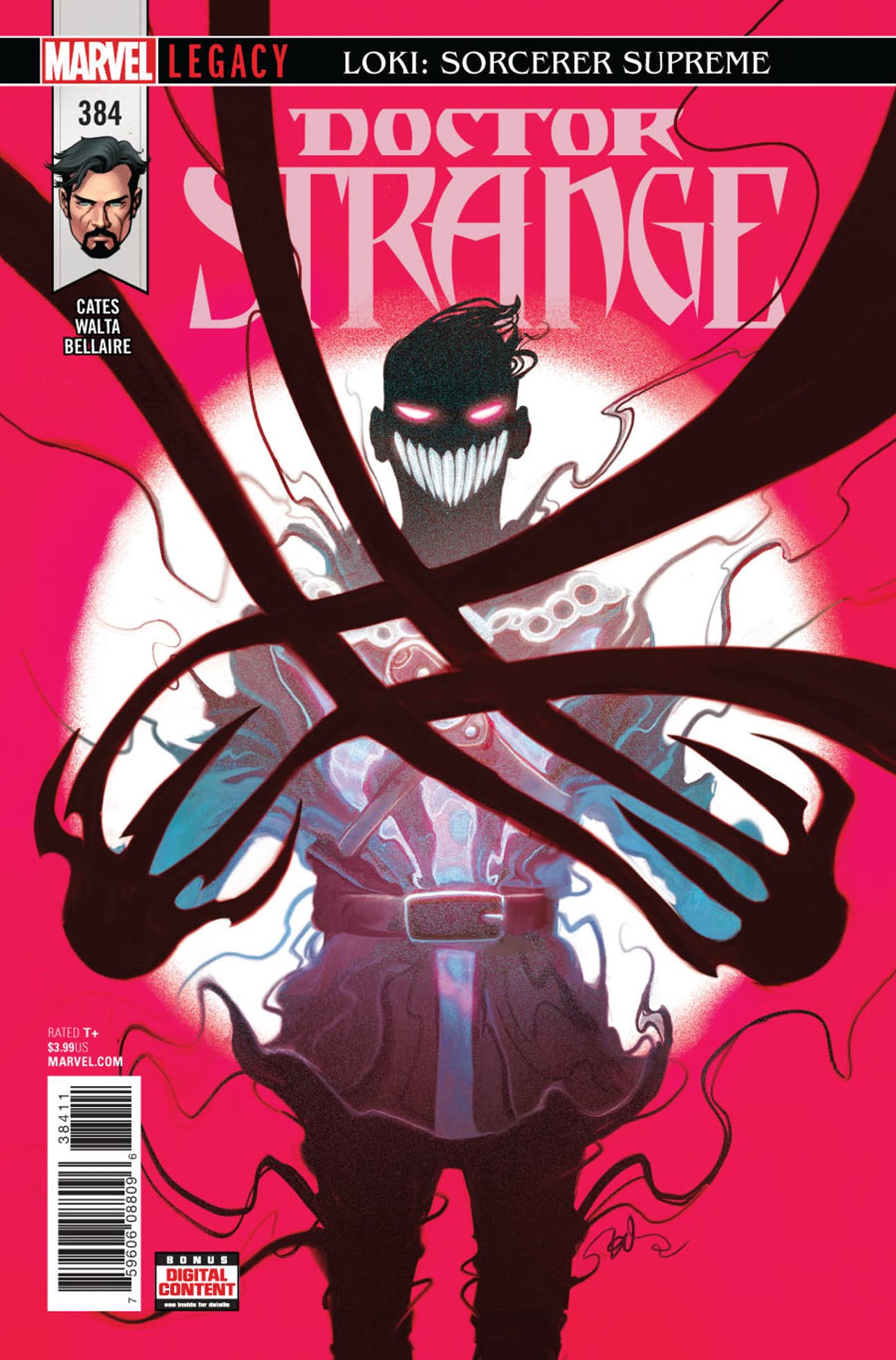 • Doctor Strange has acquired the biggest weapon he could imagine to finally take back his Sorcerer Supreme title from Loki. But will it be enough?

• The life of someone Stephen cares about lies in the balance, and where Loki goes, innocent life doesn’t always stay safe…

Retrieved from "https://heykidscomics.fandom.com/wiki/Doctor_Strange_Vol_1_384?oldid=1652666"
Community content is available under CC-BY-SA unless otherwise noted.