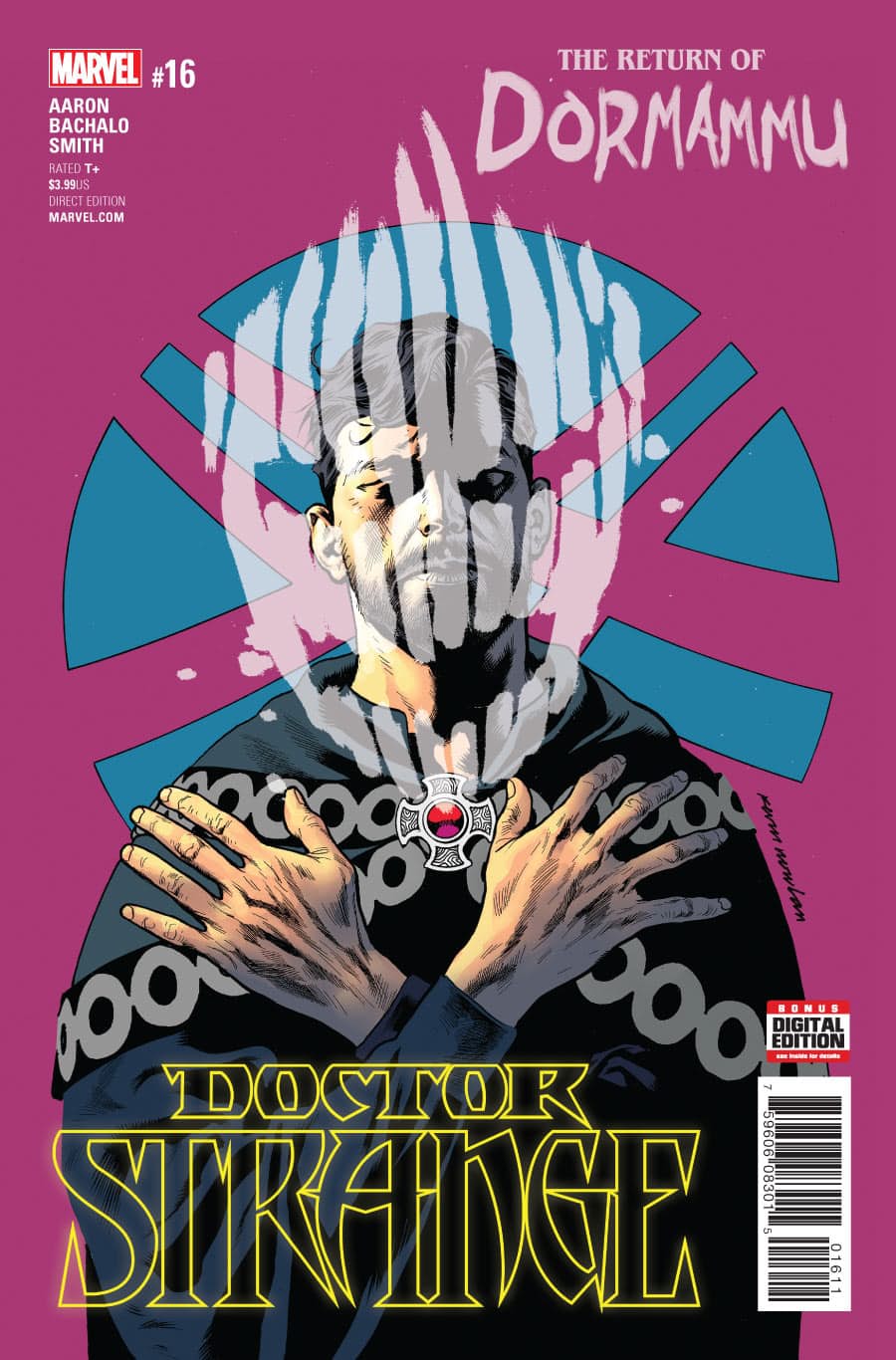 Appearing in "Blood in the Aether - Chapter Five: The Dread"Edit

• “Blood in the Aether” reaches its jaw-dropping conclusion.

• Doctor Strange has run the gamut of his most powerful villains, and waiting at the end? The scariest of all…

• The dread Dormammu is back and bringing the hurt to his archenemy!

Retrieved from "https://heykidscomics.fandom.com/wiki/Doctor_Strange_Vol_4_16?oldid=1652641"
Community content is available under CC-BY-SA unless otherwise noted.