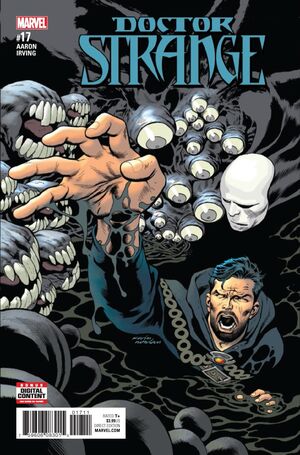 Appearing in "State of Misery"Edit

• But don’t misunderstand, Misery is no hero, and he aims to show Strange the meaning of his name.

Retrieved from "https://heykidscomics.fandom.com/wiki/Doctor_Strange_Vol_4_17?oldid=1652643"
Community content is available under CC-BY-SA unless otherwise noted.