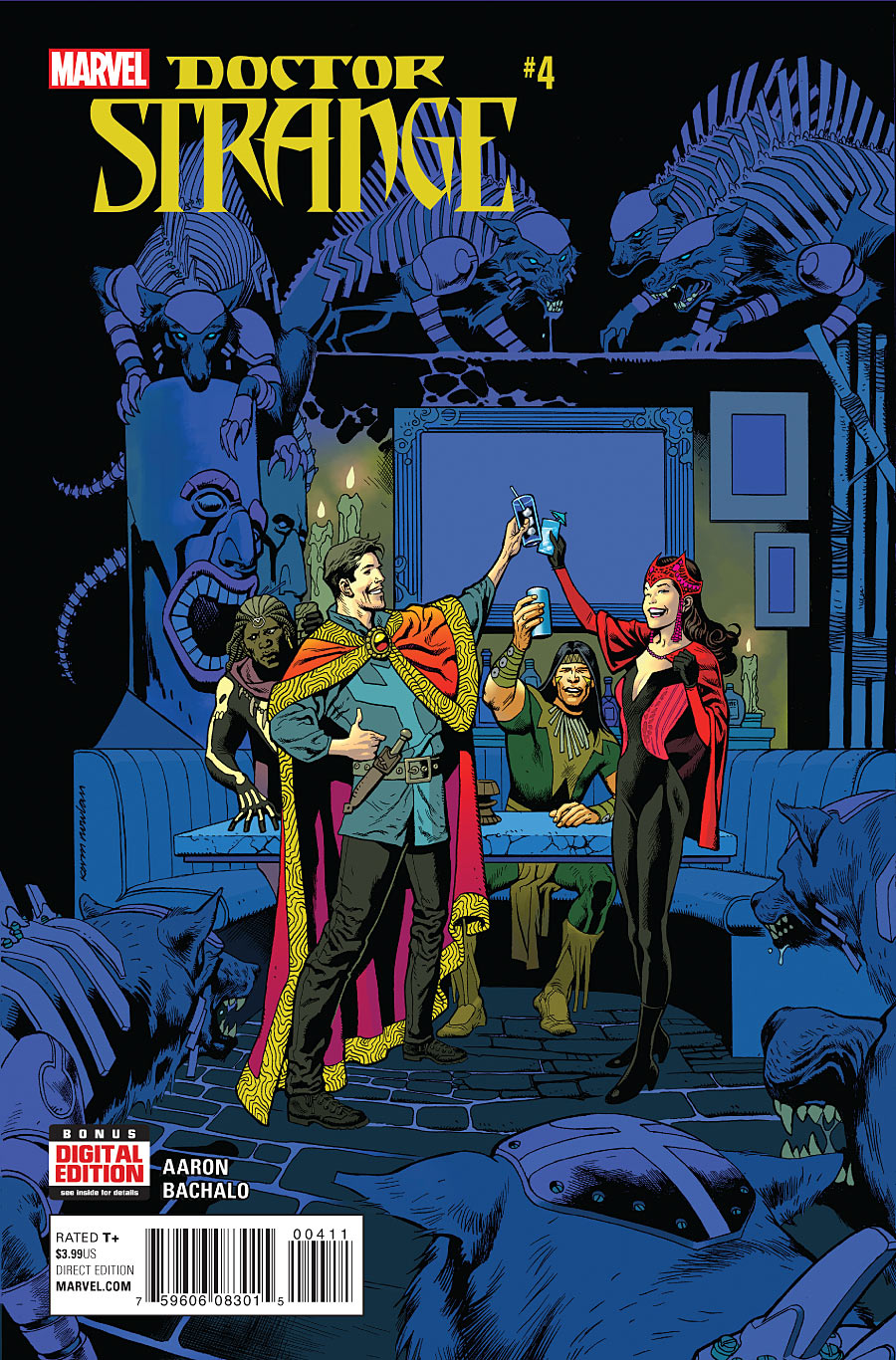 Appearing in "The Art of Puking Without Puking"Edit

• Doctor Strange has gathered a circle of magic-using friends to try and best monitor magic in the Marvel Universe.

• But this tactic is too late as forces are destroying all magical objects and beings in the multiverse and they are turning their sights on our dimension.

• At least Strange won’t have to die alone…

Retrieved from "https://heykidscomics.fandom.com/wiki/Doctor_Strange_Vol_4_4?oldid=1652479"
Community content is available under CC-BY-SA unless otherwise noted.