Part of the 'Last Days of Magic' event 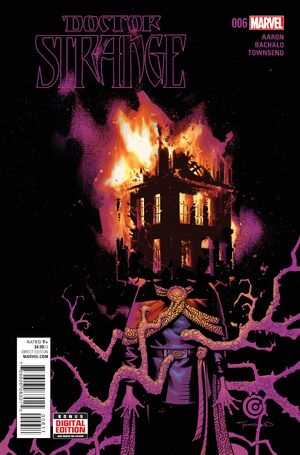 Appearing in "The Last Days of Magic: Chapter One"Edit

The Emperikul have arrived, leaving universes purged of magic in their wake. Their next target? The Marvel Universe. And with Doctor Strange weakened beyond measure? We don’t have a chance!

Retrieved from "https://heykidscomics.fandom.com/wiki/Doctor_Strange_Vol_4_6?oldid=1652481"
Community content is available under CC-BY-SA unless otherwise noted.