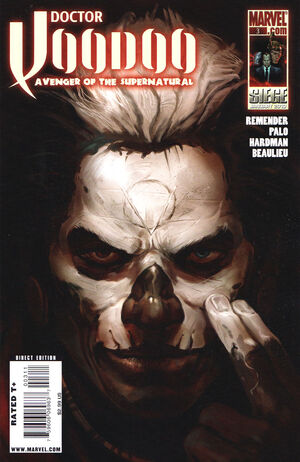 The evil which Agamotto foretold has seeped into Earth and amassed an army of possessed children of the supernatural -- all former candidates to the mantle Sorcerer Supreme! Jericho’s journeys through the Everdimensions, in hopes of halting this darkness, have left him broken, near death. With help out of reach and the fabric between our world and the shadow planes corrupted, Doctor Voodoo alone must defeat an army of Earth’s most powerful lords of the arcane and their unnamed master!