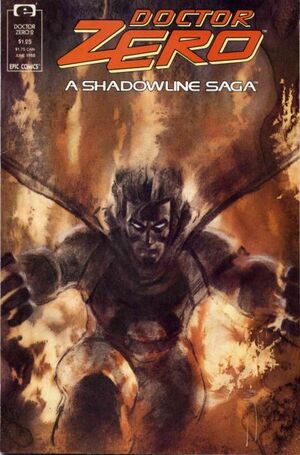 Forty-four years ago, they detonated the world's first atomic device at the Trinity site. ... The scientists held a pool then, on whether or not the device would set off a chain reaction that would ignite the atmosphere and burn the planet to a cinder... The fact that we're here today attest to the fact that that did not happen. ... Needless to say, I've improved on their designs...and corrected their mistakes. Would anyone care to place their bets for this time around?

Appearing in "The Judas Goat"Edit

Synopsis for "The Judas Goat"Edit

Retrieved from "https://heykidscomics.fandom.com/wiki/Doctor_Zero_Vol_1_2?oldid=1616217"
Community content is available under CC-BY-SA unless otherwise noted.