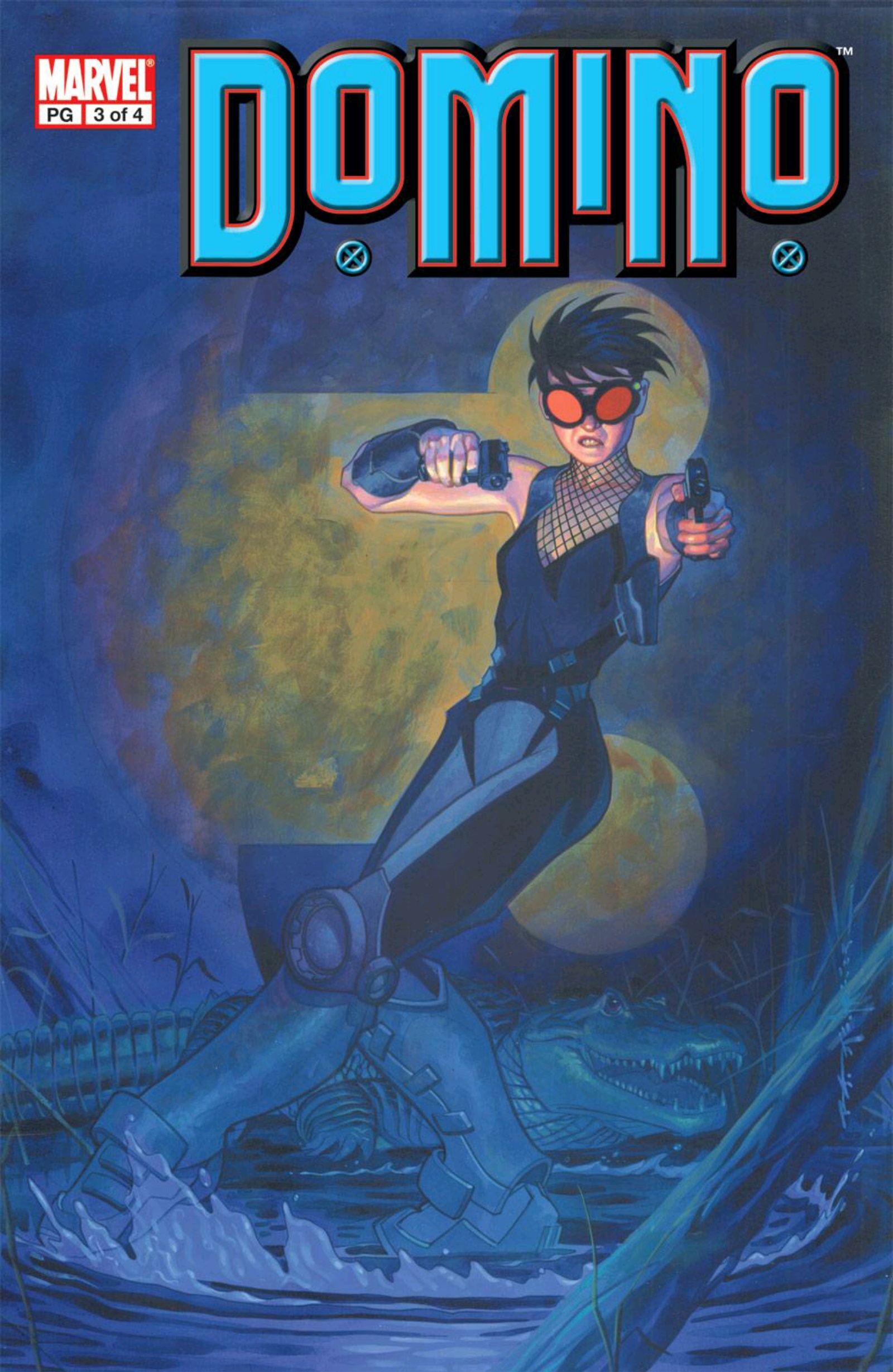 Might as well roll out a red carpet if that's the best security system you've got...

Domino visits the grave of her former colleague, Jonathan Shepherd. After placing a flower on his coffin, she receives a call from one of her contacts, an Irish woman named Theresa. Theresa has performed a background check on Jonathan and informs Domino that prior to his fatal encounter with the Armajesuits, he had planned to sell the Project Armageddon information to a foreign power.

Domino decides to pursue Project Armageddon herself, hopefully avenging Jonathan's death, and unveiling the mystery concerning her mother in one fell swoop. With Theresa's aid, she learns that the project is located in a secret military facility in the Florida Everglades.

Meanwhile, the High Lord of the Armajesuits has learned the location of Project Armageddon as well. The High Lord sends a team of assassins to the military compound to steal the weapon.

Domino arrives in the Everglades, but a strike team intercepts her and blows up her boat. They take her body back to the compound, where a mortician named Dr. McKay is instructed to perform an autopsy on her. Domino is not dead however, and escapes from the lab after shooting McKay with a tranquilizer dart.

While Domino sneaks around the interior of the compound, the Armajesuits arrive and storm the front gates. The soldiers concentrate their efforts on the robed assassins, leaving Domino time to find the secret vault containing the weapon. After bypassing a laser-grid security system, she enters the Armageddon chamber only to discover that this highly coveted weapon is nothing more than a young boy. Ironically, this boy has pale skin and facial markings similar to that of Domino.

Retrieved from "https://heykidscomics.fandom.com/wiki/Domino_Vol_2_3?oldid=1431801"
Community content is available under CC-BY-SA unless otherwise noted.