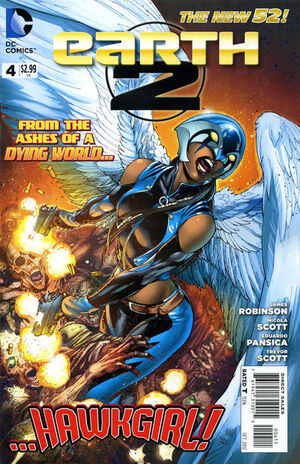 Crazy. I can sense it... Exactly where I need to be. As suddenly as I got my powers... the earth got sick. The cause of it... like a cancer that draws me, and I know... that I must destroy it.

Appearing in "A Confluence Of Wonders"Edit

Synopsis for "A Confluence Of Wonders"Edit

Five years ago, a nuclear blast devastated Papua New Guinea. The World Army sent a retinue of soldiers to investigate the aftermath, searching for any Apokoliptian technology that might have survived the explosion. It is hoped that they can reverse-engineer that technology to fight Apokolips, should its threat return. However, at ground zero, they find no alien technology - but they do discover the unconscious, though unharmed body of Albert Pratt.

Today, Al Pratt is a Captain in the World Army, preparing to reveal himself to America as the super-powered hero "The Atom." His coming-out will take place as he arrives in Washington, D.C. to stop a monster that seems to be able to cause death wherever it goes. On the ground below, Solomon Grundy calls out for the head of the one he calls the Jade Knight.

In Poland, Hawkgirl and Jay Garrick have noticed the force of death that is spreading across the planet, too. Hawkgirl claims to be able to sense this force, and she grabs onto Jay's back, urging him to run to its source, with her as his guide. Somehow, Jay's body insulates Hawkgirl from the sheer force of his speed. They are surprised to discover that they are being led back to America.

Flying across the Pacific, the Green Lantern marvels at how he somehow knows exactly where he is needed. Not by coincidence, as soon as he got his powers, the earth got sick. The cause - like a cancer - must be destroyed. All this is almost enough to take Alan's mind off of the train crash that claimed his fiancée-to-be's life. Almost.

In Washington, Grundy continues to call for The Green Champion, as the local police try their best to stop his destruction. Their gunfire proves useless, and Grundy is prepared to kill them all when Jay and Hawkgirl arrive. Despite taking the full force of Jay's failed attempt at braking, Grundy reforms quickly, and they are unsure of how to deal with such an opponent. Hawkgirl volunteers to take on the monster herself while Jay helps evacuate citizens from the area. Grundy keeps calling out for the Jade Knight, and nearly chokes the life from Hawkgirl before that Knight arrives. Alan is interested in Hawkgirl, but their priority must be defeating Grundy. The monster responds with violence, intent on killing its rival.

Meanwhile, Jay does his best to save all that he can, while at the same time paying attention to a jumbotron broadcast describing his own exploits. A man whom he saved just days ago from an Apokorat attack is interviewed, and he suggests that the anonymous hero be called "The Flash". With or without a codename, Jay feels the need to do even more.

As the heroes struggle to fight against Grundy, Captain Pratt's plane enters the airspace above Washington. He leaps out of the aircraft to face the threat. Green Lantern, meanwhile realizes that his enemy is too powerful to withstand with only his strength and armour to stand against it. The Green flame had told him that his power allows him to create constructs limited only by his imagination. Unfortunately, he can't seem to make any appear.

It matters little, as a massive shadow is cast across the battlefield. With a thunderous crash, the Atom lands on top of Grundy, declaring the threat neutralized. Hawkgirl recognizes him, and warns that she will not go back with him. As it happens, Pratt is there to apprehend the super-powered vigilantes, in addition to neutralizing the threat Grundy posed. He warns that they would do well to avoid resisting him.

Retrieved from "https://heykidscomics.fandom.com/wiki/Earth_2_Vol_1_4?oldid=1431113"
Community content is available under CC-BY-SA unless otherwise noted.