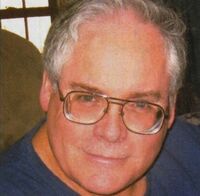 He was born circa 1951[1] and has recently suffered from multiple sclerosis.[2]

Ed Hannigan has been a writer, artist and editor of comic books for both Marvel Comics and DC Comics. His most notable writing credits include work on The Defenders during the late 1970s and early 1980s. He pencilled the covers on Batman in a lengthy run that spanned the majority of 1983-1985 (with Don Newton providing the interior art). It is also worth noting that he both wrote and illustrated the three issue prestige format series, Skull & Bones for DC Comics in 1992.

Retrieved from "https://heykidscomics.fandom.com/wiki/Ed_Hannigan?oldid=142479"
Community content is available under CC-BY-SA unless otherwise noted.