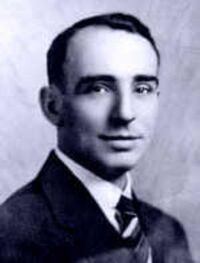 Edmond Hamilton was born in Ohio on October 21, 1904. Prior to becoming a writer in 1926, he worked at the Pennsylvania railway. In 1946, he married science-fiction writer Leigh Brackett.

Edmond Hamilton is primarily known for his work as a pioneer science-fiction writer. He sold his first story in 1926 to Weird Tales. He continued to write for all of the SF pulp magazines throughout the 1930s. He was popularly known for his heroic "space opera" stories; he created the oft-reprinted Captain Future pulp novels.

From 1945 to 1966, he was a writer for DC Comics, starting out on the Batman titles and moving on to various Superman family characters. In 1962, he began to write The Legion of Super-Heroes series in Adventure Comics. He continued with the series through 1966. He also authored numerous stories for Strange Adventures and Mystery in Space.

Retrieved from "https://heykidscomics.fandom.com/wiki/Edmond_Hamilton?oldid=1479219"
Community content is available under CC-BY-SA unless otherwise noted.