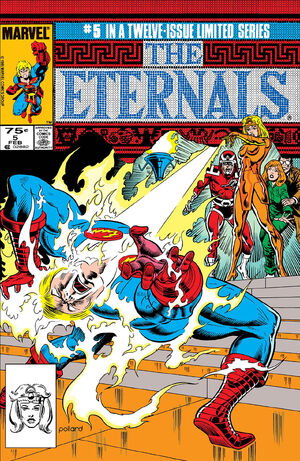 Appearing in "The Secret Name of Pain!"Edit

Kro solidifies his power! The Eternals face overwhelming enemies! The humans fear for their fate! The Forgotten One takes on a critical war! But...where is the power behind the Deviant throne? Where is Ghaur?

Retrieved from "https://heykidscomics.fandom.com/wiki/Eternals_Vol_2_5?oldid=1423419"
Community content is available under CC-BY-SA unless otherwise noted.