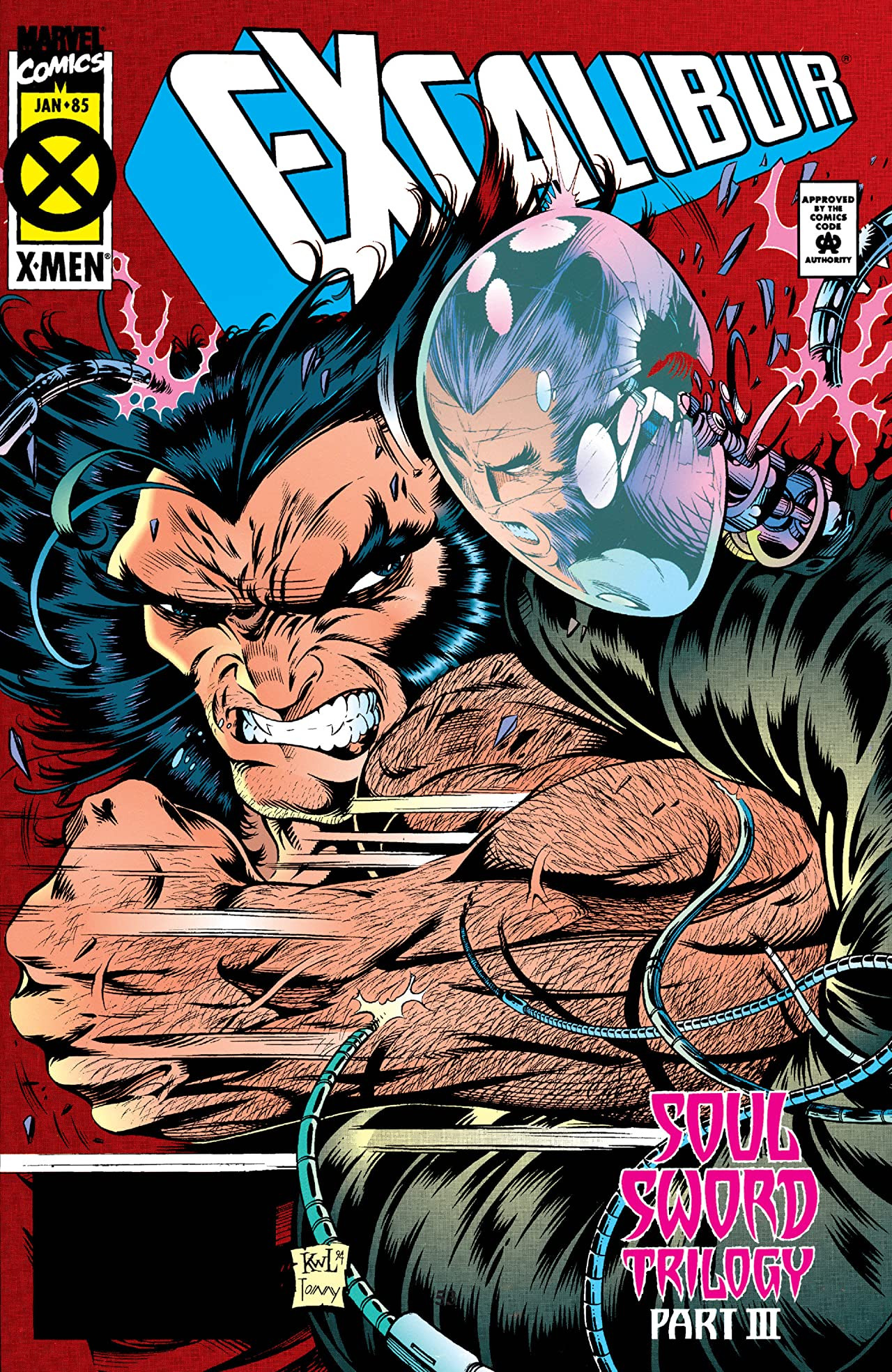 Appearing in "Edge of Night"Edit

Synopsis for "Edge of Night"Edit

Kitty is left deciding who to trust, Shrill who has just told her that she needs to kill Kitty to stop the Soulsword from causing her pain or Gravemoss, who unbeknown to her, has possessed her teammate Nightcrawler. Shrill tells her that her teammate is not Nightcrawler but in fact has been possessed by Gravemoss. Gravemoss then calls Shadowcat, Katherine. Kitty stops and asks when he started calling her that and then uses the computer to tell her where all the members of Excalibur were located. It shows her that the rest of the team is unconscious in the labs. Gravemoss jumps at Kitty and she swipes him with the Soulsword. He screams out in pain and his spell on the complex is broken but this shorts out the electricity. Shadowcat hides and sheathes the Soulsword back within her body.

She then has a flashback to being a young girl in the Danger Room watching Wolverine train. He shows her some moves that the Mossad use in Israel. He shows her by doing the moves on a few danger room robots. He takes them all out quickly. He then tells her he is showing her, not to kill, but to keep herself safe.

Shadowcat then uses her skills she learned from Wolverine on Gravemoss. She tells him to get out of her friend as she hits him with a few jabs in the stomach. She then hits him more in the face and he tries to teleport away and she continues to hit him. He teleports to Nightcrawler's room and grabs his blades. He then confronts her again and she draws out the Soulsword to match him. They continue to fight and then Gravemoss uses a spell on her. Shrill then steps in and stops him. She tells Kitty to kill him and then passes out. Gravemoss turns to attack Kitty and then Amanda shows up. She tells him that she was not killed when he tossed her over the cliff.[1] Shadowcat then remembers how Illyana used the sword in the past and she plunges the sword into Nightcrawler's chest and this expels Gravemoss from Nightcrawler's body. Shadowcat hands the sword to Amanda and after a short spell, it is bonded to Amanda and Kitty walks off and Amanda hits Gravemoss with all her strength for hurting Nightcrawler.

Later in Germany, Amanda has brought the Soulsword to her mother, Margali Szardos, for safekeeping. She bonds the sword to Margali and after doing so realizes the true intent of Margali in getting the Soulsword. She wanted it to be able to use its power to move ahead of Gravemoss on the Winding Way, since Gravemoss was at the lead. Amanda realizes that she has made a very stupid mistake, but it is too late.

Retrieved from "https://heykidscomics.fandom.com/wiki/Excalibur_Vol_1_85?oldid=1423528"
Community content is available under CC-BY-SA unless otherwise noted.