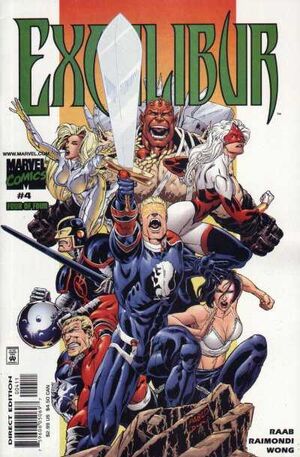 As Captain U.K. in the precedent issue, Mastermind stated that the Warpies were from an alternate reality and were brought by the R.C.X. on Earth-616. This statement wasn't denied but strongly oppose to all the informations we had on the Warpies.

Retrieved from "https://heykidscomics.fandom.com/wiki/Excalibur_Vol_2_4?oldid=1650175"
Community content is available under CC-BY-SA unless otherwise noted.