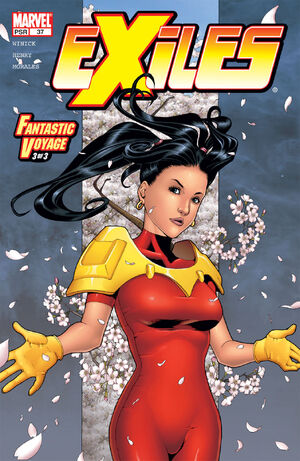 Appearing in "Fantastic Voyage 3 of 3"Edit

The Exiles' inter-dimensional detour with the FANTASTIC FOUR takes a turn for the worse ... and has devastating consequences for not one - but TWO Exiles!

Retrieved from "https://heykidscomics.fandom.com/wiki/Exiles_Vol_1_37?oldid=1646879"
Community content is available under CC-BY-SA unless otherwise noted.