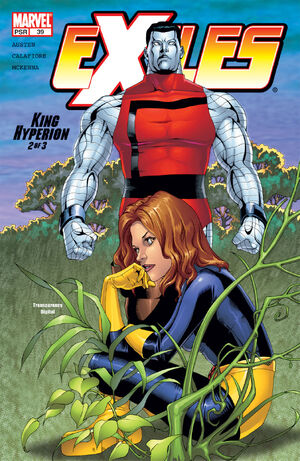 The Weapon X squad of Exiles are in the spotlight! Blinded by power, new Exile Hyperion’s refusal to follow the team’s directive creates a struggle that leaves some unlikely members of Weapon X in precarious positions. Who will survive his wrath?

Retrieved from "https://heykidscomics.fandom.com/wiki/Exiles_Vol_1_39?oldid=1646881"
Community content is available under CC-BY-SA unless otherwise noted.