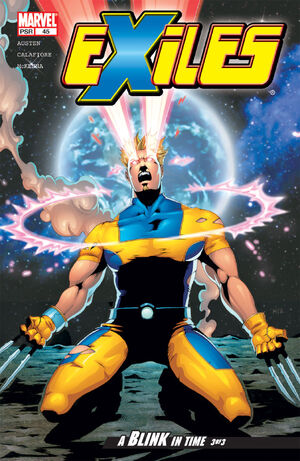 Appearing in "A Blink in Time: Conclusion"Edit

The Exiles don’t have time to celebrate Blink’s return… because the fate of an entire world is at stake, and it’s their job to save it. Who survives the ordeal?

Retrieved from "https://heykidscomics.fandom.com/wiki/Exiles_Vol_1_45?oldid=1646887"
Community content is available under CC-BY-SA unless otherwise noted.