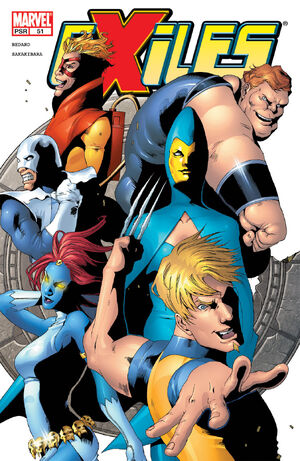 Appearing in "The Big M" Part 2 of 2Edit

A 50th-issue spectacular! Celebrate the Exiles 50th-issue anniversary as the reality-trotting team goes head-to-head against no less than the Brotherhood of Evil Mutants! There’s someone very familiar leading the Brotherhood, someone who very well could put an end to the Exiles once and for all!

Retrieved from "https://heykidscomics.fandom.com/wiki/Exiles_Vol_1_51?oldid=1646895"
Community content is available under CC-BY-SA unless otherwise noted.