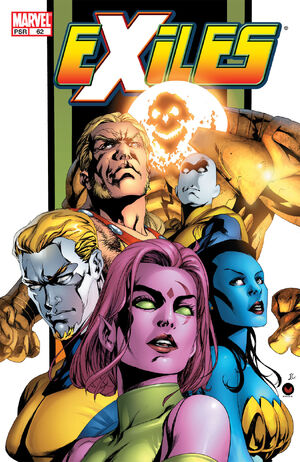 It all starts here! The story where all your questions will be answered! Why is the Timebroker so evil all of a sudden?! Who are the Timebreakers?! Who’s been pulling the strings all along?! And when the heck is Beak going to make himself useful?! You won’t want to miss this one, folks! This is the big one!

Retrieved from "https://heykidscomics.fandom.com/wiki/Exiles_Vol_1_62?oldid=1646906"
Community content is available under CC-BY-SA unless otherwise noted.