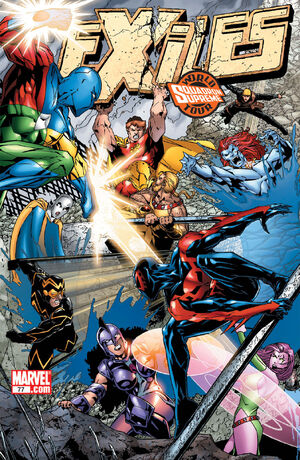 What’s that? You thought the Exiles World Tour was going to slow down? What are you, an insane person!? It’s off to the Squadron Supreme universe for some major butt-kicking! It’s not too late to jump on the sleeper event of the year!

Retrieved from "https://heykidscomics.fandom.com/wiki/Exiles_Vol_1_77?oldid=1646921"
Community content is available under CC-BY-SA unless otherwise noted.