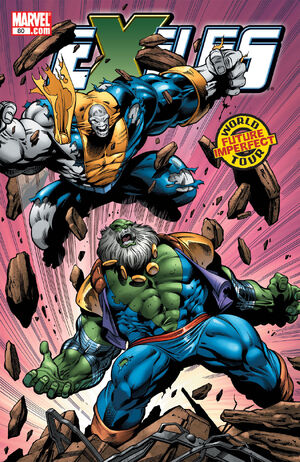 The World Tour is almost over, but that doesn’t mean the Exiles are out of the woods quite yet. Another Exile has yet to fall to Proteus, and it happens here! Will the Exiles be able to pick up the pieces after losing another one of their own!? Part 2 (of 2)!

Retrieved from "https://heykidscomics.fandom.com/wiki/Exiles_Vol_1_80?oldid=1646924"
Community content is available under CC-BY-SA unless otherwise noted.