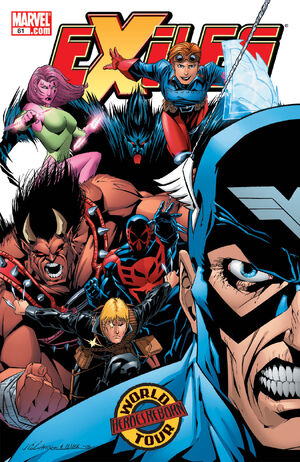 The beginning of the end starts here! The tour of duty is about to reach its earth breaking conclusion! The Exiles track Proteus to the world of Heroes Reborn. Big man-chests and bigger action await them on a world that was never meant to be made!

Retrieved from "https://heykidscomics.fandom.com/wiki/Exiles_Vol_1_81?oldid=1646925"
Community content is available under CC-BY-SA unless otherwise noted.