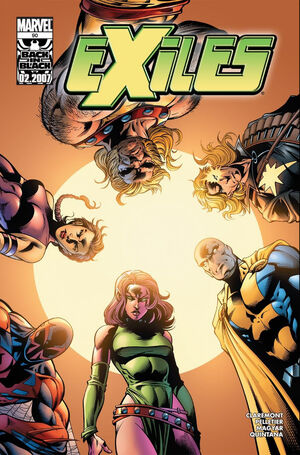 A new era for EXILES begins here! Legend Chris Claremont (UNCANNY X-MEN) starts a run that will have Exiles fans talking for years to come. And he’s not the only one joining up, as X-Woman PSYLOCKE joins the team as well. What is she doing there? How will the team deal with her arrival? And what new villains plan on destroying every world in existence?!

Retrieved from "https://heykidscomics.fandom.com/wiki/Exiles_Vol_1_90?oldid=1650209"
Community content is available under CC-BY-SA unless otherwise noted.