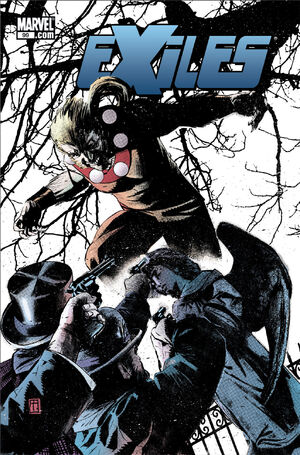 Appearing in "Home, Again! End's Beginning or -- Find us the Way To Go Home!" (Part 5)Edit

The exciting conclusion of “A Dream of Two Good Men.” The Exiles have their final showdown with Victor Von Doom’s Four Fantastic as the clock ticks for a broken dimension. Will Doom’s Earth be saved? Does it deserve to be?

Retrieved from "https://heykidscomics.fandom.com/wiki/Exiles_Vol_1_99?oldid=1650211"
Community content is available under CC-BY-SA unless otherwise noted.