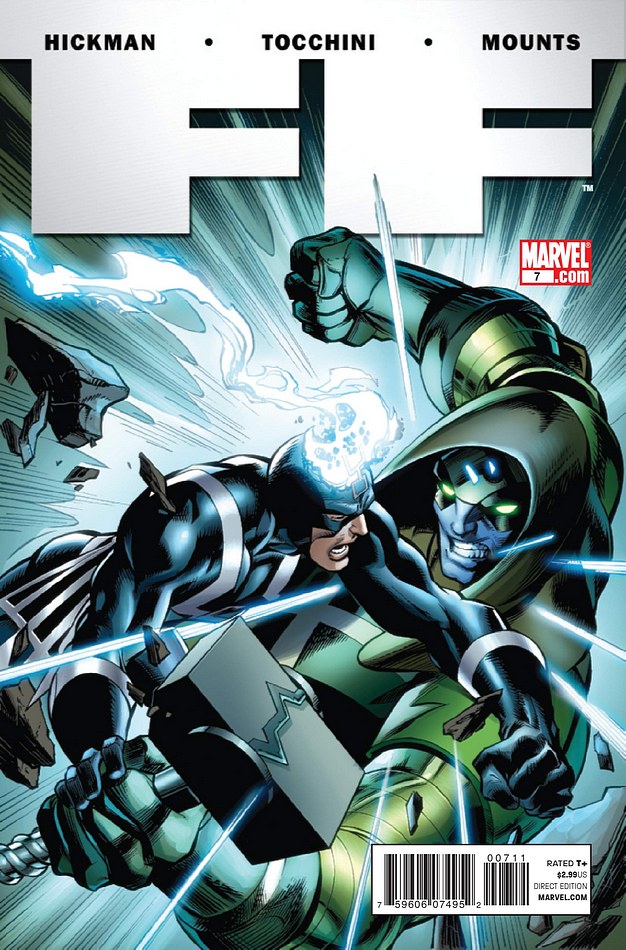 Trapped in the Fault in the wake of the War of Kings, Black Bolt was able to hold his own against the extropic entites that resided there. However, he was unable to escape... until the day his teleporting hound, Lockjaw, arrived to take him home.

He arrived among his family on Hala in the middle of a council meeting. The Kree representatives had been petitioning the Inhuman Elite to cease their aid missions to the Kree border planets, on the grounds that humanitarian missions are not what the Kree stand for. However, with Black Bolt's arrival, the Inhumans must leave this decision to Ronan the Accuser, whom they appoint Regent while they return to Earth's Moon for the Summoning. When the Minister protests, Black Bolt shouts, killing him. As they leave, the new Regent thinks back to an earlier time - when the Supreme Intelligence predicted his own death, as a result of the experiments which birthed the Inhumans, at the hands of a man whose shout would rock the stars. However, it devised a way out, and constructed the Supremor Seed, which it bade Ronan to hide in his hammer until the time was right. Ronan still does not know when that will be.

On the Moon, the Inhumans are meet by their siblings from across the stars, from among the Badoon, the Centaurians, the Kymellians and the Dire Wraiths.

The prophecy that ended the Inhuman experiments spoke of five brides and one king with a mighty voice. However, another prophecy comes closer to fruition - a prophecy of four cities and a war to shatter everything...

Retrieved from "https://heykidscomics.fandom.com/wiki/FF_Vol_1_7?oldid=1426415"
Community content is available under CC-BY-SA unless otherwise noted.