View source
Part of the 'Fall of the Hulks' event 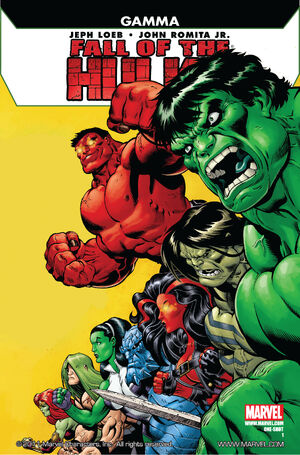 It’s almost here! JEPH LOEB and original WORLD WAR HULK artist JOHN ROMITA JR. bring you the set-up to the event of 2010. With the Hulk family growing exponentially over the past year, it was only a matter of time before things came to a smashing head. But what could set all of these characters into a rage that has them turning on each other, and on the world? Whose death starts this? Just what role do Skaar, A-Bomb, the She-Hulks and the Marvel Universe play in this story? One thing’s for sure—things are about to get incredible!