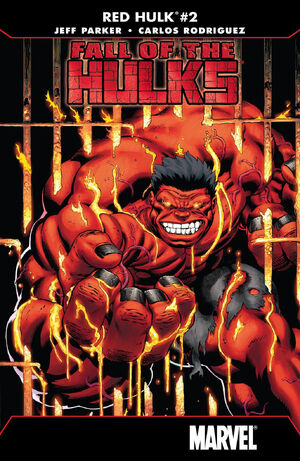 FALL OF THE HULKS charges on! Have Bruce Banner and Red Hulk formed an alliance? Is one playing the other? And how does Hulk and Thundra’s child factor into M.O.D.O.K.’s grand scheme? Answers abound in this thrilling issue from the mind of Jeff Parker (X-Men vs. Agents of Atlas, Thunderbolts)!

Retrieved from "https://heykidscomics.fandom.com/wiki/Fall_of_the_Hulks:_Red_Hulk_Vol_1_2?oldid=1755454"
Community content is available under CC-BY-SA unless otherwise noted.