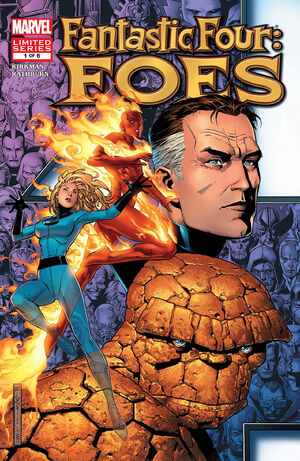 The villains take center stage as the FOES of the Fantastic Four step into the forefront.

After YEARS of continued defeat at the hands of the FF, why would a person CONTINUE to attempt something he has learned to be impossible?

Get inside the heads of all your favorite FF FOES as we watch their capers from start to finish from THEIR perspective, THEIR point of view, and at last learn...

WHAT WERE THESE GUYS THINKING? THIS ISSUE: Puppet Master and The Mad Thinker.

Retrieved from "https://heykidscomics.fandom.com/wiki/Fantastic_Four:_Foes_Vol_1_1?oldid=1723518"
Community content is available under CC-BY-SA unless otherwise noted.