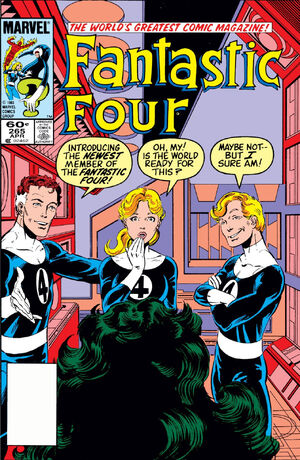 I never thought I'd be glad to breathe New York air again!

Appearing in "The House That Reed Built"Edit

Synopsis for "The House That Reed Built"Edit

The Trapster attempts to infiltrate the Baxter Building. She-Hulk officially joins the team after the 'Secret Wars' limited series.

Appearing in "Home Are the Heroes"Edit

Synopsis for "Home Are the Heroes"Edit

Retrieved from "https://heykidscomics.fandom.com/wiki/Fantastic_Four_Vol_1_265?oldid=1630515"
Community content is available under CC-BY-SA unless otherwise noted.