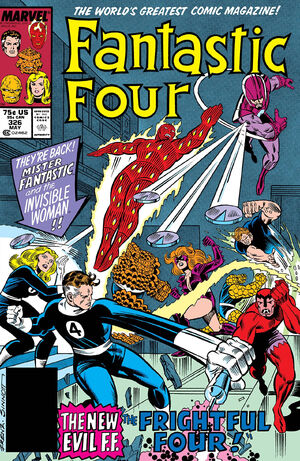 I love the F.F. don't get me wrong! But I got involved because Reed and Johnny and you were involved! Oh, yes--and I wanted to beat the "commies" into space!

Retrieved from "https://heykidscomics.fandom.com/wiki/Fantastic_Four_Vol_1_326?oldid=1626308"
Community content is available under CC-BY-SA unless otherwise noted.