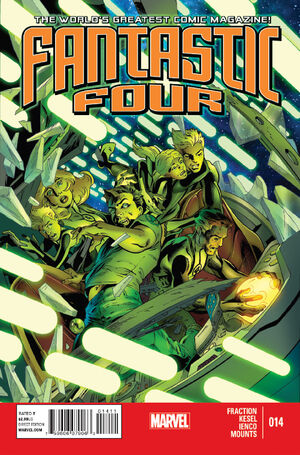 Appearing in "The Fantastic Four are DOOMED! - Part Two: Trial by Fire"Edit

Into the Doomed Universe! Imagine a place where the only five things left alive are the Fantastic Four… and Dr. Doom!

How can they save an entire galaxy used to fuel a power-mad Doom’s cosmic empire?

And after the shocking end of last month’s issue, can the first family hold it together just a little while longer?