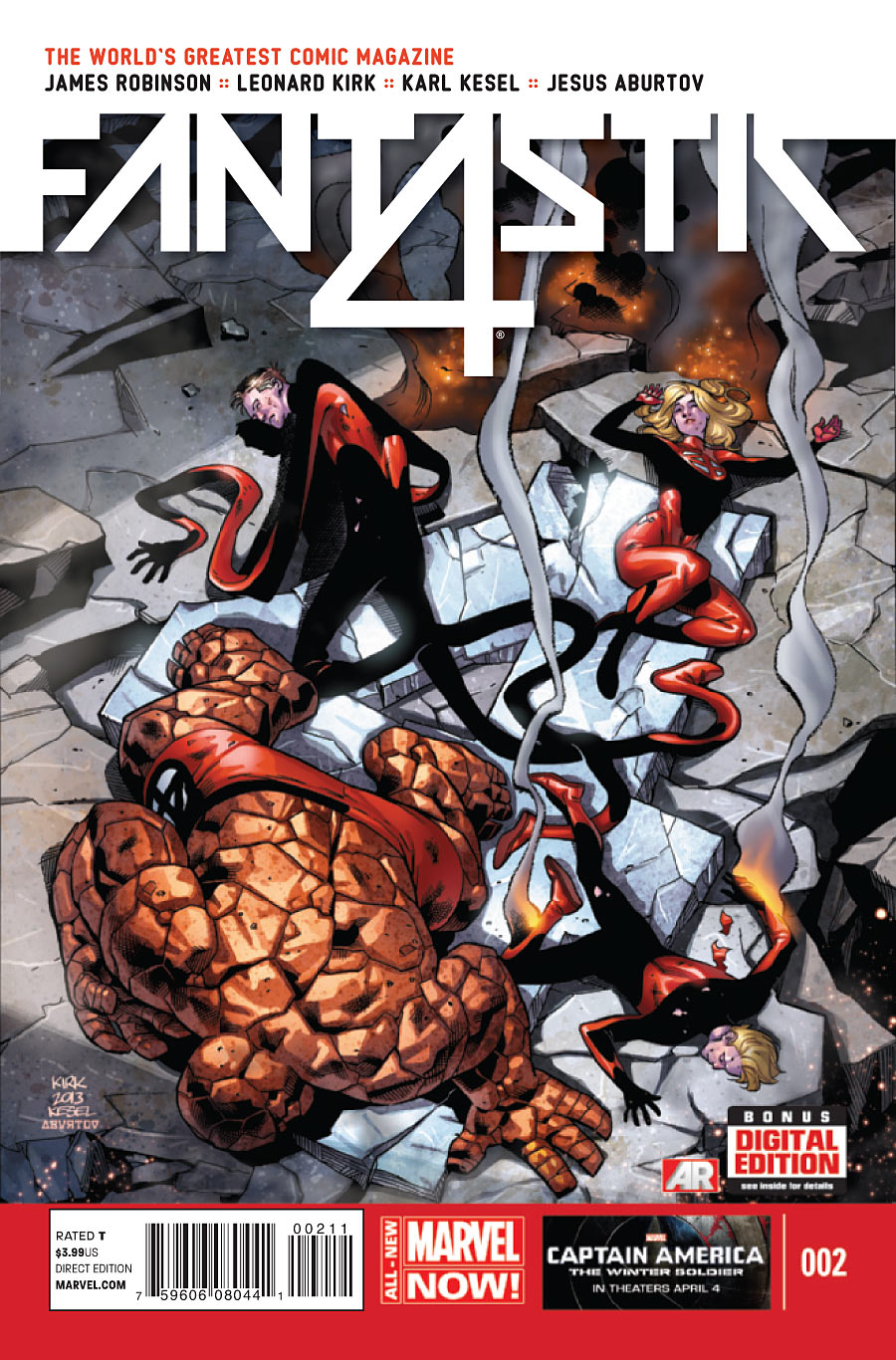 Appearing in "The Fall of the Fantastic Four: Part 2"Edit

“THE FALL OF THE FANTASTIC FOUR” PART 2

• Manhattan is under attack by a monstrous killer swarm from a corrupted pocket universe, and in order to defeat it the FANTASTIC FOUR will need all their courage, powers and skill...as well as those of every other hero in New York!

• But to attain final victory one of the First Family will must make a TERRIBLE SACRIFICE!

• And so the first strings are pulled and the first pieces are put in place...

• ...On the Fantastic Four’s DOWNFALL!

Retrieved from "https://heykidscomics.fandom.com/wiki/Fantastic_Four_Vol_5_2?oldid=1727565"
Community content is available under CC-BY-SA unless otherwise noted.