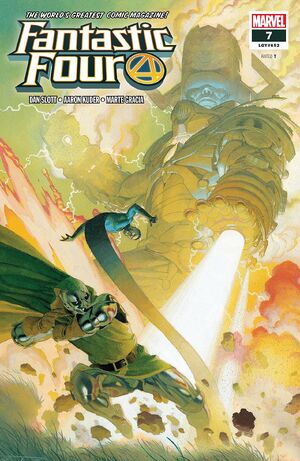 • In a battle between Doctor Doom and Galactus, who would you favor…

• A man who is trying to be a hero to his beloved nation or an unstoppable cosmic force of nature?

• This dilemma, plus a strange new development in the life of the Human Torch.

Retrieved from "https://heykidscomics.fandom.com/wiki/Fantastic_Four_Vol_6_7?oldid=1670328"
Community content is available under CC-BY-SA unless otherwise noted.