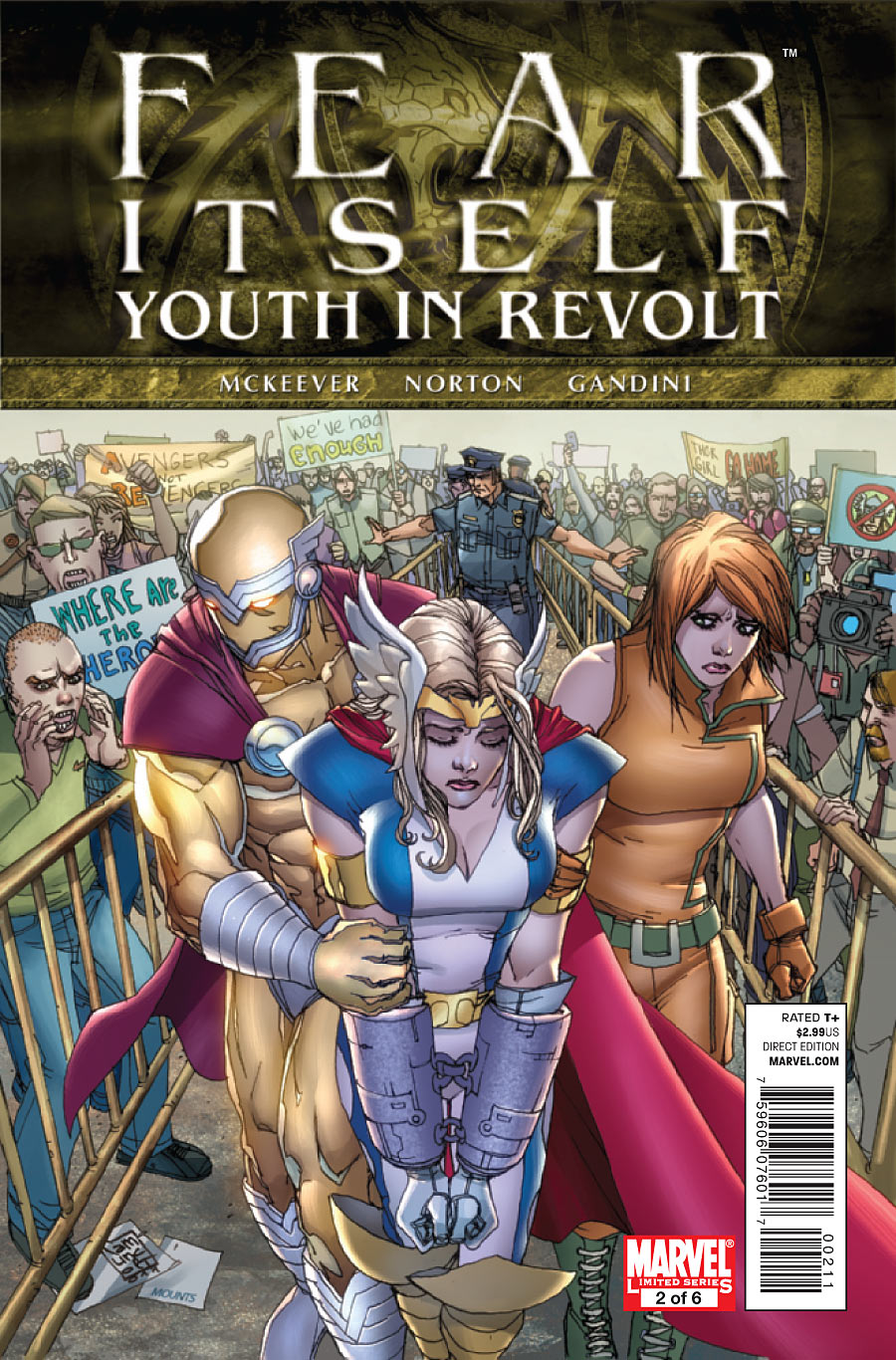 FEAR ITSELF TIE-IN WE NEED YOU FOR THE INITIATIVE! with the Initiative draft in full swing, young heroes are joining the effort to stem the Serpent’s fearful tide…whether they want to or not! With Thor-Girl wrongfully imprisoned, her fellow Initiative recruits face a rising wave of paranoia and distrust from the very citizens they are meant to protect. And does Prodigy, reformed alcoholic and now deputized Initiative head, have what it takes to lead…or will he, too, fall prey to the coming darkness?

Retrieved from "https://heykidscomics.fandom.com/wiki/Fear_Itself:_Youth_in_Revolt_Vol_1_2?oldid=1729417"
Community content is available under CC-BY-SA unless otherwise noted.