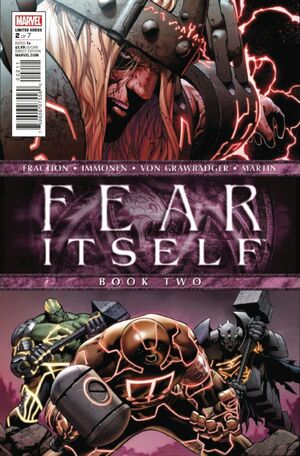 The Mighty Thor--imprisoned by his own father! As Odin and the Asgardians leave the Earth to fend for itself against the God of Fear, the Avengers and the world's remaining heroes battle the unstoppable tide of terror! And then-- the Serpent’s Hammer fall! Who are the Worthy? Who shall rise up and join the Serpent as living Avatars of his evil? And how can the Avengers respond to...fear itself?