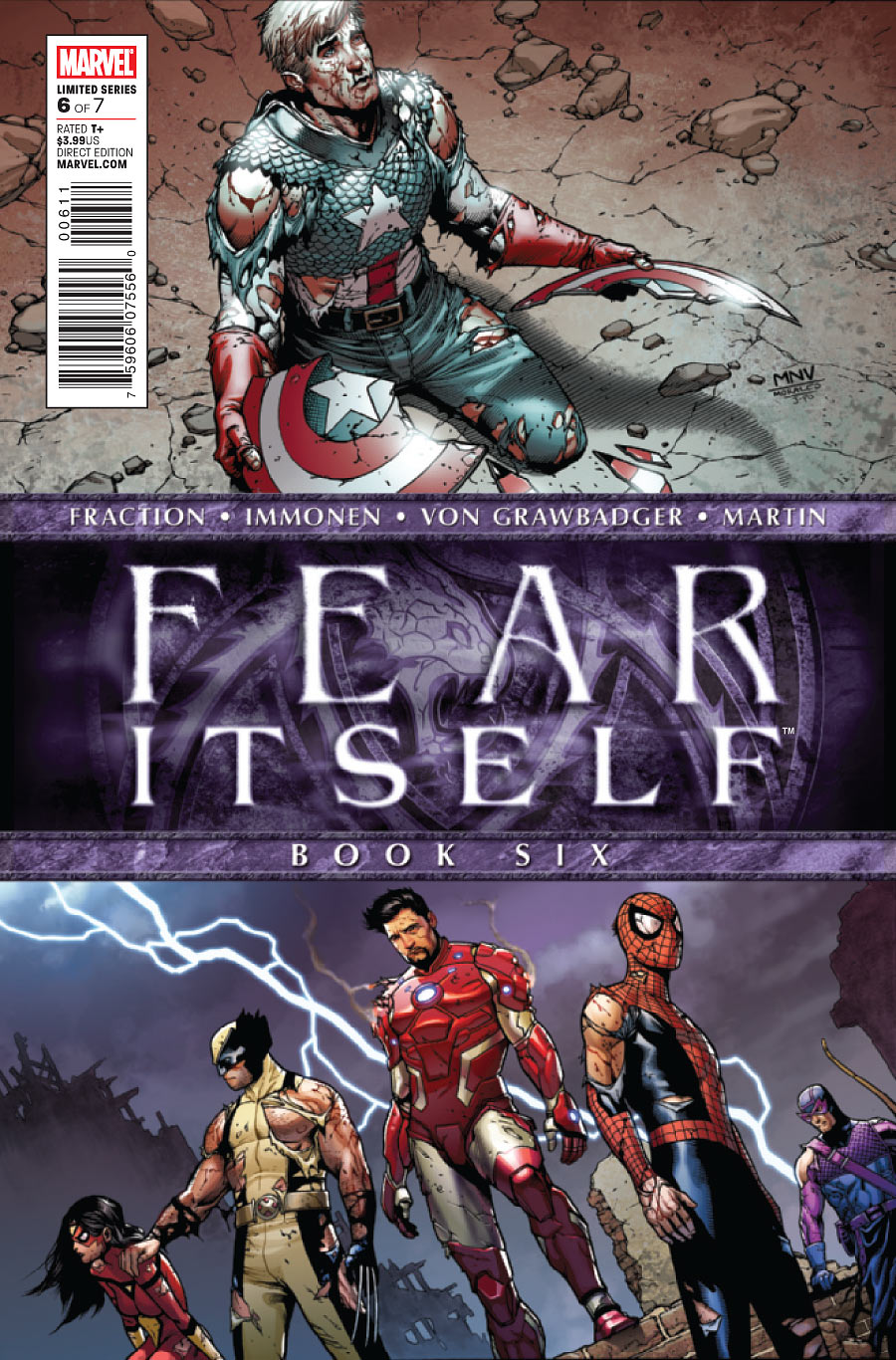 The penultimate chapter of the apocalypse is here! Captain America, Thor, and Iron Man scramble to make Earth's last stand against the relentless Serpent and his army of world-shattering avatars--all while amongst unbelievable chaos and destruction, Spider-Man makes the choice of a lifetime! Dark Asgard has risen and all of Earth's forces converge on the World Tree as the globe shudders in the shadow of FEAR ITSELF!

Retrieved from "https://heykidscomics.fandom.com/wiki/Fear_Itself_Vol_1_6?oldid=1729501"
Community content is available under CC-BY-SA unless otherwise noted.