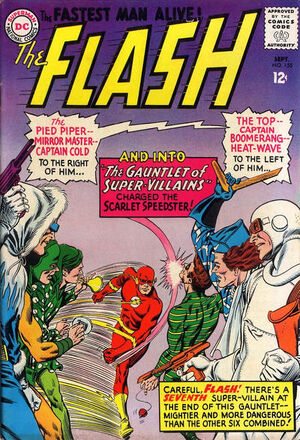 Appearing in "The Gauntlet of Super-Villains!"Edit

Synopsis for "The Gauntlet of Super-Villains!"Edit

Six of the Flash’s old foes escape jail at the same time and go on a crime-spree, but their liberation has been engineered by Gorilla Grodd, who hopes to use their weapons to drain the Flash of his speed.

Retrieved from "https://heykidscomics.fandom.com/wiki/Flash_Vol_1_155?oldid=1425236"
Community content is available under CC-BY-SA unless otherwise noted.