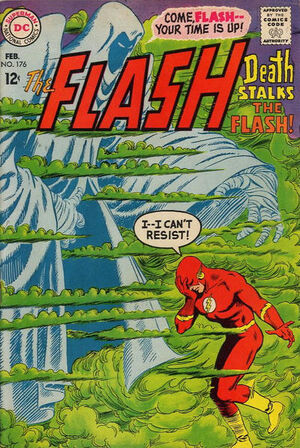 Appearing in "Death Stalks The Flash!"Edit

Synopsis for "Death Stalks The Flash!"Edit

The Flash must enter the dream of his ailing wife to save her from a dream of Death.

Prof. Ira West remembers where a forgetful crook has stashed his loot, which helps the thief considerably, but necessitates the Flash having to save the professor.

Retrieved from "https://heykidscomics.fandom.com/wiki/Flash_Vol_1_176?oldid=1484529"
Community content is available under CC-BY-SA unless otherwise noted.