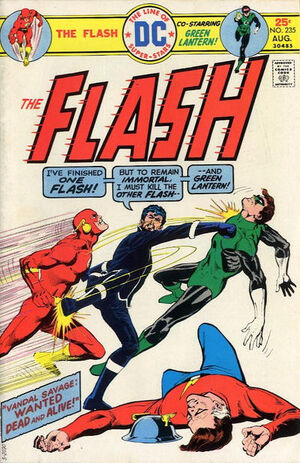 The Flash and Green Lantern find that both Iris Allen and Carol Ferris have been kidnapped, and both go to Earth-Two to help the Flash of that world battle Vandal Savage, who has kidnapped Carol.

Retrieved from "https://heykidscomics.fandom.com/wiki/Flash_Vol_1_235?oldid=1484574"
Community content is available under CC-BY-SA unless otherwise noted.