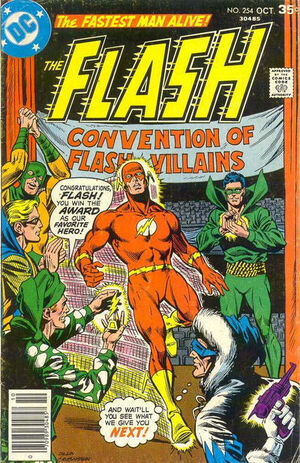 Appearing in "To Believe or Not to Believe"Edit

Synopsis for "To Believe or Not to Believe"Edit

While Stacy Conwell apparently engages in demon-raising rituals, the Flash finds himself beset by the mind-control techniques of his old foe Mazdan, and the Rogue’s Gallery awards him a “Roscoe Award” designed to doom him.

Retrieved from "https://heykidscomics.fandom.com/wiki/Flash_Vol_1_254?oldid=1425334"
Community content is available under CC-BY-SA unless otherwise noted.