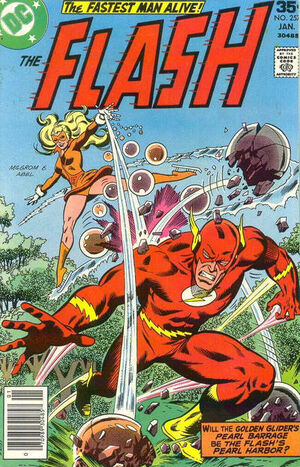 The Golden Glider learns the Flash’s secret identity and gives his parents and Iris a fever that will kill them within a short time unless they receive treatment...but no one except the Flash can penetrate the force-barrier she has erected around the Allen’s house.

Retrieved from "https://heykidscomics.fandom.com/wiki/Flash_Vol_1_257?oldid=1484585"
Community content is available under CC-BY-SA unless otherwise noted.