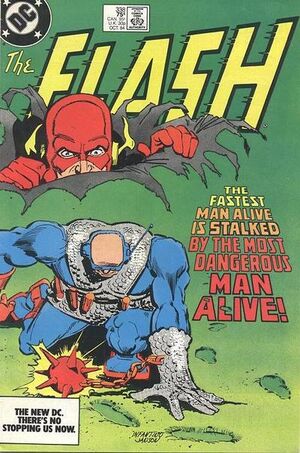 Appearing in "The Revenge of the Rogues!"Edit

Synopsis for "The Revenge of the Rogues!"Edit

The Rogue’s Gallery takes revenge on the Flash for breaking the Pied Piper’s spirit by using armor supplied by the Monitor to turn a mental patient into a powerful super-villain called Big Sir and turning him against the Scarlet Speedster.

Retrieved from "https://heykidscomics.fandom.com/wiki/Flash_Vol_1_338?oldid=1484631"
Community content is available under CC-BY-SA unless otherwise noted.