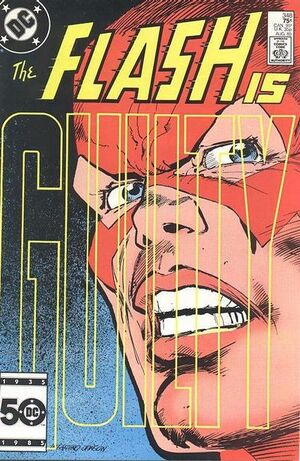 A gallant try, I'll grant you -- but all for naught! You think I don't know who you really are -- and what you're trying to accomplish!

Appearing in "The Final Verdict!"Edit

Synopsis for "The Final Verdict!"Edit

Retrieved from "https://heykidscomics.fandom.com/wiki/Flash_Vol_1_348?oldid=1425428"
Community content is available under CC-BY-SA unless otherwise noted.