Part of the 'Brightest Day' event 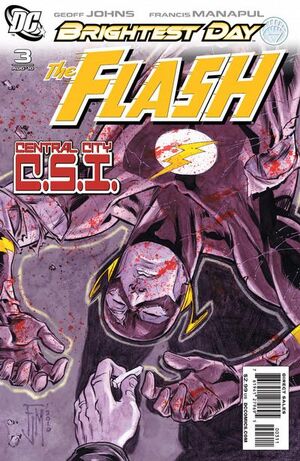 Appearing in "Case One: The Dastardly Deaths of the Rogues, Part Three"Edit

It may be BRIGHTEST DAY, but when a mysterious group of so-called heroes turns up, another Rogue ends up dead. Plus, the mystery deepens as The Flash witness another murder his own!

Retrieved from "https://heykidscomics.fandom.com/wiki/Flash_Vol_3_3?oldid=1667014"
Community content is available under CC-BY-SA unless otherwise noted.